Exploring Inequality in One of America’s Most Affluent Cities 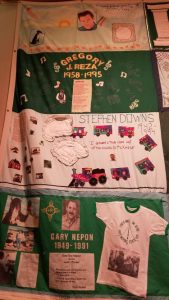 This spring break, I embarked on a trip examining Bay Area, one of the country’s most economically productive cities. However it also has some of the most glaring inequalities. Our mission was to explore these inequalities through an intersectional lens and learn from those that work on the front lines to combat them. Our lens examines how multiple factors of one’s life or identity interact to produce unique experiences and challenges, with a focus on the LGBT+ community and economic inequality.

In contrast to the other service brakes that focus on one community partner, we had three. Unfortunately one of them had to drop, but our others, Project Open Hand and the San Francisco AIDS Foundation were still willing to accommodate despite the uncertain early future of the coronavirus during our trip. Project Open Hand is more than your typical food bank, it is a nonprofit that specifically helps the food insecure that also have a chronic health condition. It was eye opening to see a concept so familiar adjusted in a way to cater to a population facing special dietary needs but lacking the means to always meet them. 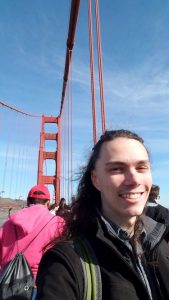 Our other service partner, the San Francisco AIDS Foundation, is more well-known as one of the longest-standing AIDS foundations in the country. While at first thought they might just focus on safer sex, another major focus of theirs is on safe drug use; not spreading HIV/AIDS or other diseases through the sharing of tools for drug use. The concept of assisting safe drug use may be foreign to us, especially in the South, but it is rooted in the reality of San Francisco’s homeless population. For many that are homeless and housing-insecure in San Francisco, many facets of life lend to drug use to cope: hunger, harsh conditions outside especially in the winter, and rejection from many passersby. Jody Schaffer, the Director of Volunteer Services, impressed upon us that they work with a population that is less likely to quit using, so they must adapt with this reality through working to reduce overdoses and the spread of diseases.

Our service in San Francisco was strengthened by our exploration of LGBT+ history in the city. Visiting the Castro neighborhood and their LGBT+ history museum put me in closer touch with the history of the West Coast’s community. This trip was an important step in moving towards a stronger understanding of the inequalities this nation faces, what I can do now to help, and what I can advocate for change towards.