Learning How To Bridge Cultures Within Conservation 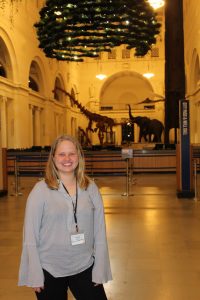 Less than one year after I had finished completing my independent research project, and was on a flight to Chicago. Pressed against the window, I could feel my poster tube rolling beneath my feet at every jostle of the plane. I felt sheepish, worrying the rolling tube would bother my neighbor. However when I glanced over I saw he (along with most of the passengers on the plane) had their eyes closed in sleep. Although it was an extremely early flight, I remember not being able to sleep due to the mixture of excitement and nervousness pooling in my belly. After landing in Chicago I would be presenting my own scientific research at my first ever scientific conference.

I was fortunate enough that my first academic conference would be the second annual New Horizons in Conservation Conference. I was especially excited to be attending this conference as it combines two of my interests: conservation and environmental justice. The goal of the conference was to have historically underrepresented groups in conservation share their research, goals, and experiences with one another. One keynote speaker was even Denis Hayes, who was the principal national organizer of the first ever Earth Day in 1970! I am so thankful I was given the opportunity to engage with other professionals who are passionate about the same topics as I am, and to join the conversation on how to make the world of conservation more inclusive.

One amazing aspect of the conference was the ability to see similarities between myself and almost all of the panelists and attendees. We were all passionate about the same subject and interested in fighting for/with underrepresented communities to have a seat at the table in the discussion of saving the environment. Certain communities are often not well represented within conservation; this does not mean that these communities are not also fighting for environmental rights, but oftentimes they are overshadowed by other groups fighting to be heard. I loved being able to hear the different experiences individuals had from many different cultural groups. Although I myself may not have fit directly into the individualized cultural conversations, I was open to listening and understanding their experiences and how these experiences shaped their reality. I want to be able to fight for the environment while also not “talking over” another underrepresented individual in the community. I definitely learned a lot about my own role in conservation, and how I can use my voice to fight with others. 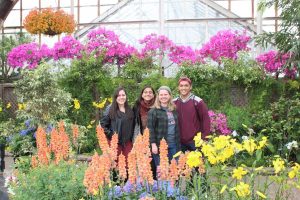 Overall, I left the conference feeling extremely humbled by so many conservationists I met who are working hard to create a more just system that allows for all communities to have their voices heard. There is so much more I could say on the topic of marginalization in the field of environmental science, but we all know a blog post will not be enough to delve into the injustices of our system. All I can say is after attending this conference I feel more hopeful for the future of the earth than I have in a long time. Thank you to all the amazing people of this conference who continue to inspire me!