This May I had the privilege of being a part of the first NCSU Environmental Justice Tour through The College of Natural Resources. We spent five days in eastern NC learning about environmental issues and injustices experienced by minority communities. Through speaking with local leaders we were able to hear their experiences with environmental injustice and we were inspired by their commitment to the cause. One such leader we spoke with was Mayor Eulis Willis of Navassa NC. 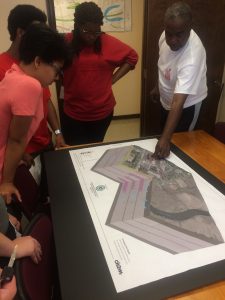 He taught us about the history of Navassa, where his family goes back generations. Navassa was where enslaved peoples lived, on the other side of the river from the wealthy in Wilmington. Still today there is a lack of resources and presence of poverty. The town is historically African American and has a rich sense of family and a tight knit community.

Mayor Willis (known to the town as Uncle Scrap) told us about the manufacturing companies that once provided jobs to the town and brought economic stability. However, most of the companies have moved on, leaving behind chemical waste. The small town has 14 contaminated sites being monitored by the EPA. 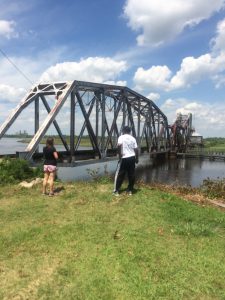 Because of the proximity to Wilmington, Navassa is beginning to see the first signs of gentrification. A highway is being built, with new housing developments proposed. The Mayor and other local leaders are in the middle of both continuing to address the contaminated sites, and trying to purposefully incorporate new residents into the community.

I was struck by the town’s continuing commitment. New community centers are being built, and there is a strong loyalty to the area. Families going back generations live here, and have seen both the positives and negatives of industry. It challenged me to think about my own hometown and how I can be a better community member.