A blog by Emery Kiefer

A quick plug: if you haven’t listened to Chance The Rapper’s new album Coloring Book you certainly must. It’s a whole new world of hip-hop that you need to explore. Ever since I moved to DC, it’s been somewhat difficult meeting people my age so I’ve replaced that void with music. By music, I mean pretty much exclusively this album. And it just so happens to tie very nicely into todays topic.

Before we get into that, I want to give a brief update on where I am in DC life.

I’ve been doing a lot of solo exploring. It’s not bad, but it is certainly an adjustment when you’re accustomed to being with at least one friend nearly every waking moment of your life. Mostly been doing self guided walking tours to explore the monuments.  This past Tuesday, after work, I walked about seven miles in total exploring the National Mall, from Capitol Hill to the White House and everywhere in between. 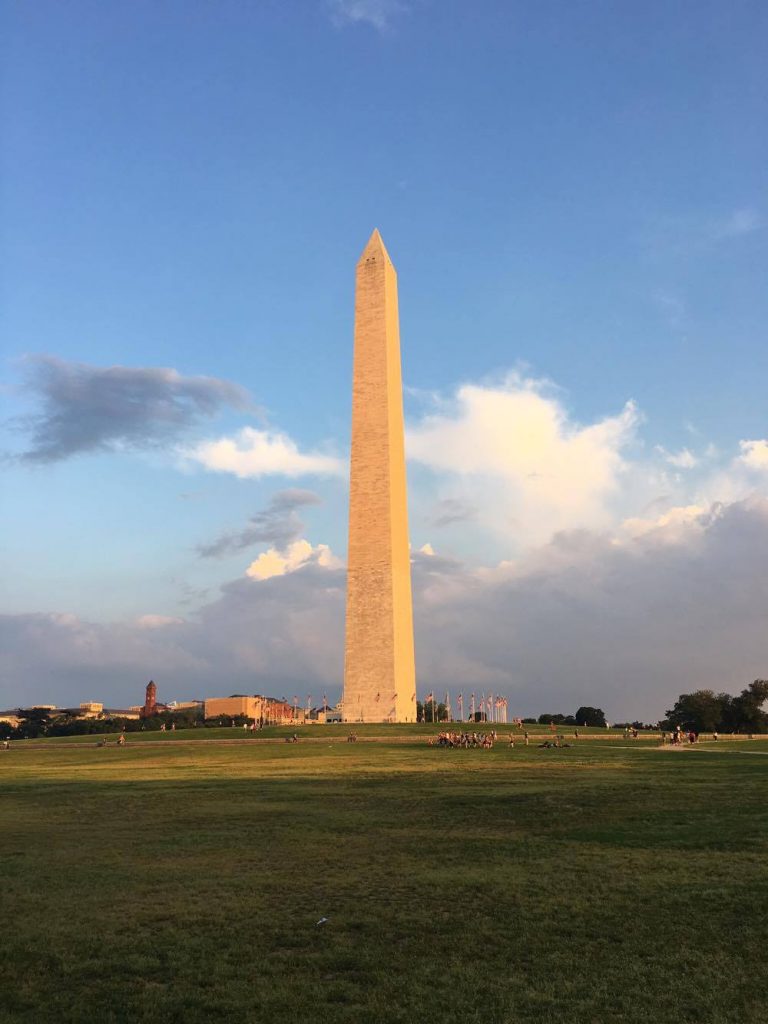 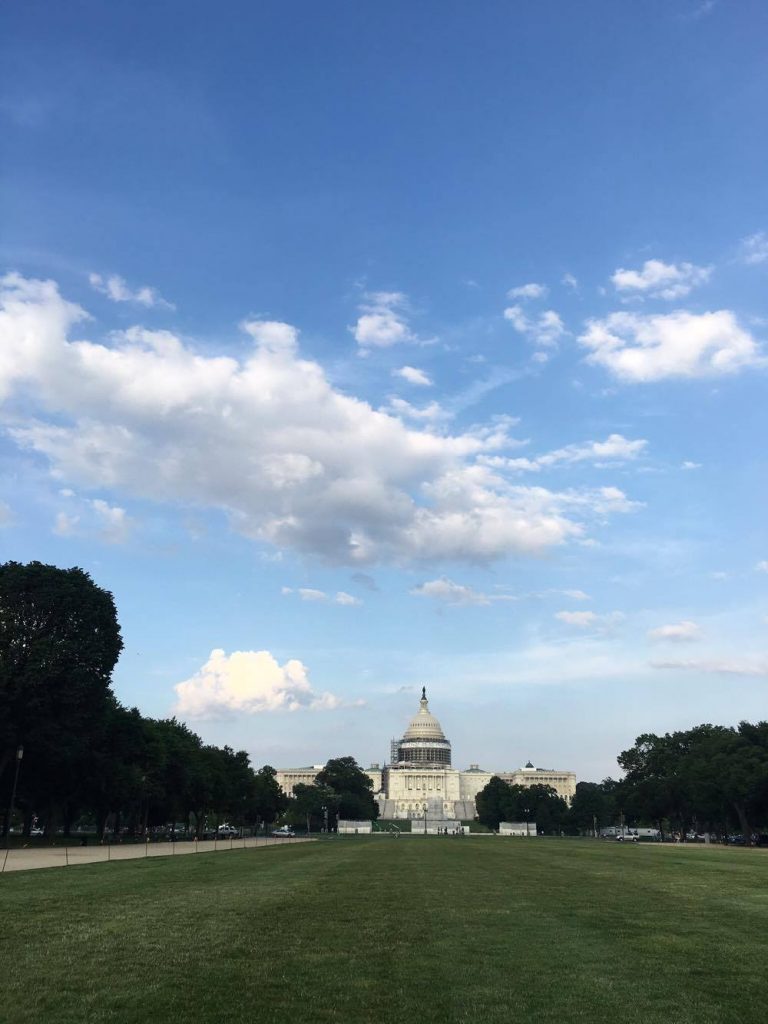 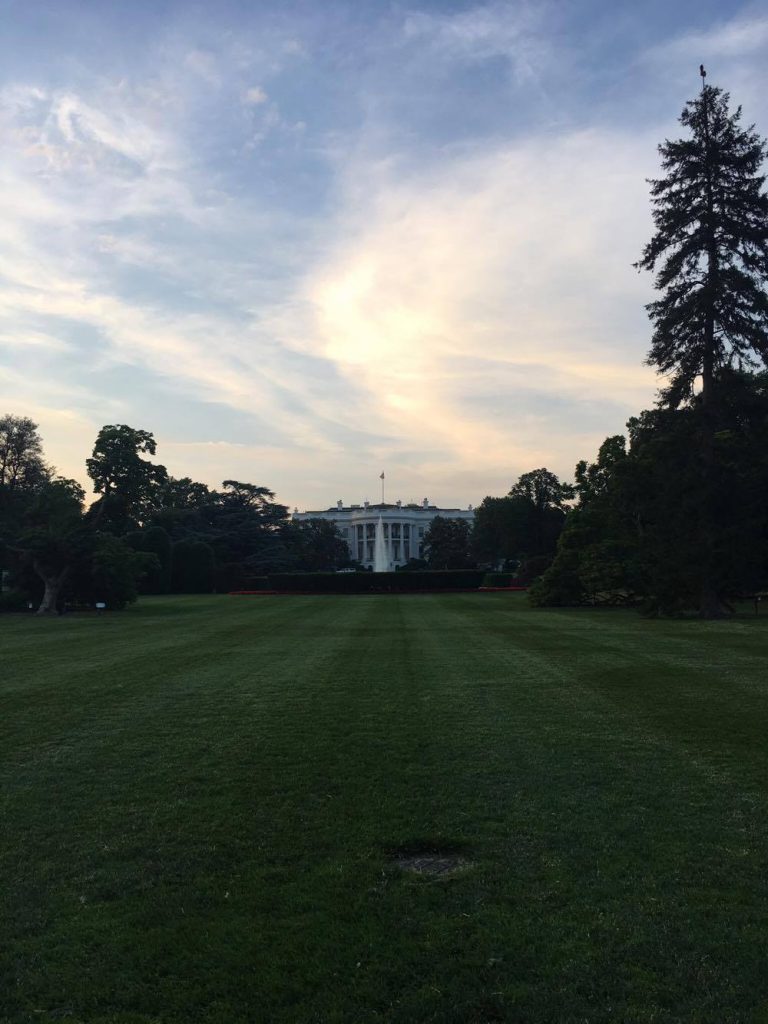 The best part about traveling around DC by myself is that it resurrects my wanderlust. There’s something liberating and special about exploring alone, doing what I want, when I want. It brings me back to last summer when I traveled Europe alone. I put up these two pictures, one from Paris last summer, and one from the Washington Monument on Tuesday to really show how identical these experiences have been. I may be domestic this summer, but I feel like my experience is equally fulfilling.

Back to fighting Climate Change

As you know from my last post, I’m a just a tiny bit obsessed with climate activism. Every time you ask “Why climate change?” I do as well. I frequently ask myself that question, actually. As a matter of fact, I was talking about my work with a newish friend and they proceeded to ask me if I was a conspiracy theorist. After being so immersed in studying climate science, policy, and science communication, it was really the first time it hit me how truly crazy all of this might sound to the non-climate scientist person.

Even with  97% consensus among scientists that climate change is happening and that it’s accelerated by human input, only 48% of Americans think that Climate Change is a threat to the United States.  Even with the US Pentagon, NASA, the CDC and WHO, the UN and hundreds of others organizations having all come out saying climate change is an urgent threat that must be addressed, we have still made little progress towards successfully mitigating climate change and halting greenhouse gas emissions.

It’s that 52% of Americans who don’t think that climate change is a threat that drives my passion. This past semester, I had the pleasure of taking a graduate level Climate Change Communication course, which really solidified all aspects of understanding the consequences of climate change and the impacts on people across the world. What has somehow been pushed to the back burner of the great climate change debate is that climate change is much more than a discussion of a warming planet and the changing of atmospheric conditions – it’s an issue of human rights.

over dedicating all my focus to my classes.

I have seen the impacts of climate change affect people across the globe; from tiny island nations, to over polluted Eastern cities, to the coasts of my home state. Millions, perhaps billions of people will and have already begun losing their homes to rising sea levels, droughts, super storms and etc. Some will lose their entire country. Still, 52% of Americans don’t find climate change to be a threat. Still the coal industry has a lock on Congress.

That has to stop.

Leonardo DiCaprio put it so eloquently in his only Oscar winning speech this past February:

“Climate change is real, it is happening right now. It is the most urgent threat facing our entire species, and we need to work collectively together and stop procrastinating. We need to support leaders around the world who do not speak for the big polluters, but who speak for all of humanity, for the indigenous people of the world, for the billions and billions of underprivileged people out there who would be most affected by this. For our children’s children, and for those people out there whose voices have been drowned out by the politics of greed. I thank you all for this amazing award tonight. Let us not take this planet for granted. I do not take tonight for granted. Thank you so very much.” – Leonardo DiCaprio

I could keep going into all the different reasons why failure to act on climate change is destructive, but that is a quick google search away for you. Even better, the White House has complied all of this information for you already, giving you nearly every single reason why we must act on climate, check it out for yourself. I do encourage you to be mindful of what sources you look into however. Make sure they are reputable, well trusted sources.

Now is the point when we remember that we only have one Earth. Just one. Its fragile, and we will have to pay for the consequences of our actions at some point. If not you, then your children or grandchildren. But now is the most opportune time to act. Now is the time to seize the American values of innovation and leadership and be a groundbreaking role model for other countries in moving to renewable energies.

Instead of hearing me ramble about how patriotic acting on climate is, here is a much more influential and persuasive person.

“Today, thanks to strong, principled, American leadership, that’s the world that we’ll leave to our children — a world that is safer and more secure, more prosperous, and more free.  And that is our most important mission in our short time here on this Earth. ” – President Obama

So it’s time. It’s time to push even harder against the grain so we can live in a clean, sustainable world. It’s time to engage the 52% of Americans who don’t find climate change to be a threat. This coming November it’s time to elect a President who will address this crisis head-on. Time to push millennials around the world even further to be educated, active, and voting.

So when that bothersome question of “Why climate change?” resurfaces in my head, I remind myself this is why; to save fellow humans. To ensure my grandchildren will have a place to live and food to eat. To be a leader in American innovation. Because this Earth is “All We Got”.