It’s a beautiful day in the neighborhood

A blog by Emery Kiefer

Welcome to my first blog post ever. I don’t apologize for the fact that it is over 1000 words over the word limit, nor do I intended on shortening it. This post is similar to the Book of Genesis, where you learn who birthed who for like ten straight pages, and I promise not all of them will be like this one. I will say that future posts will (hopefully) be much closer to the actual limit and more digestible to read.

To be quite honest, keeping a blog has been something I’ve always wanted to do, but never really put any effort into actually doing it. I’m glad to finally an excuse to get my life together and do adult things. That being said, I don’t want this to be a boring, monotonous report of my day-to-day activities in DC. I could sit hear and ramble on about waking up, traveling work, doing work, traveling home and sleeping, but there is no life in that. No, rather I’d prefer this to an introspective exploration of a young woman trying to find herself in the nations Capitol…and maybe throw in a few posts about food.

Now, now; don’t put your panties in a twist. This should still be an insightful look into the life of an twenty-something climate activist. And above all, I am extremely grateful to have the been given this opportunity from the College of Natural Resources Enrichment Fund, but I want this to be an outlet for creativity amidst the cookie cutter, professional DC lifestyle.

To start this blog, I think it would be appropriate to give a brief introduction and background as to who I am, why I do what I do, and why I picked Mr. Rogers as my opening song. 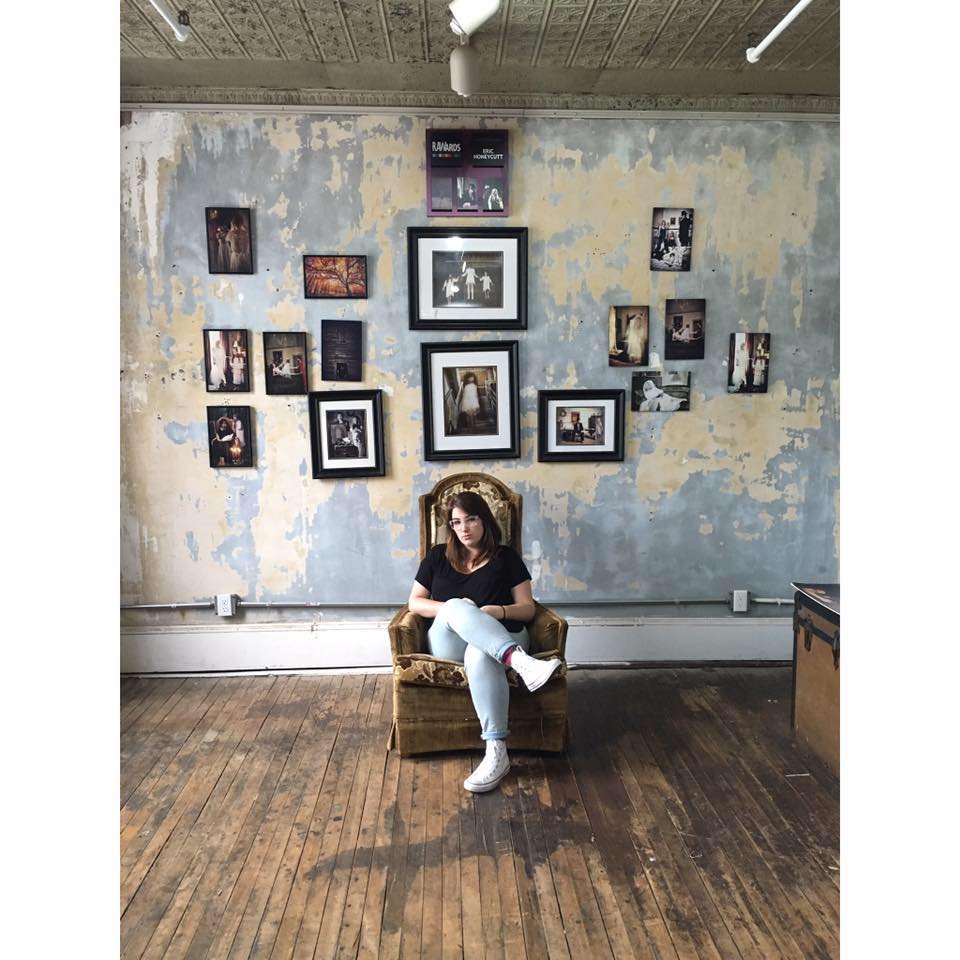 Vice: The incapability of catching typos and plastic

For the past 9 months, I have eaten, slept, and breathed climate activism. As a passionate environmental student, climate change has been always a deep concern of mine but it wasn’t until this past year I was finally able to do my part in addressing it head on. It was fate when I bumped into an recent Brown University Graduate wandering around NC State’s campus. She was working on a Climate Reality campaign to gather millennial signatures to would let President Obama know that millennials wanted a strong commitment to mitigate climate change at the upcoming 21st Conference of Parties Climate Talks, also known as COP21. Never once had NC State ever had a campaign of this magnitude on campus. Let alone, be under the spotlight of such a large successful nonprofit. I finally saw the window I had been looking for, and I went for it.

Okay, lets stop right there. For the average person, this might sound blasé. But to the experienced environmentalist, this was show stopping. For those of you who don’t know, Climate Reality was founded by the Former Vice President Al Gore. He still is spends the majority of his time as the chairman of the nonprofit, leading climate reality leader trainings, and overseeing operations in the organization. Climate Reality’s mission is

“..to catalyze a global solution to the climate crisis by making urgent action a necessity across every level of society.” – The Climate Reality Project

They do it by uniting and training concerned climate activists all over the world. In just two weeks Climate Reality is going to China, the worlds top carbon emitter, to educate hundreds of citizens about how to communicate the urgency of the issue. And some how I am now working for them.

After meeting this organizer, we worked tirelessly to put a university wide spotlight on climate change for the first time ever. We founded a student organization, had numerous days of action, dozens of climate expert guest speakers, and even partnered with Ben and Jerry’s Save Our Swirled climate action campaign to turn out ~700 students to act on climate. 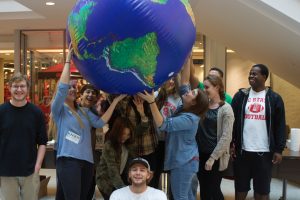 By the time COP21 had rolled around, we sent President Obama over 5,000 signatures from NCSU students. It is still something I am extremely proud to have been a part of. The most amazing part is President Obama sent us a Thank You note in response. Don’t believe me? Check it out below.

That was all in Fall 2015. My beloved organizer left in December. Suddenly it became my responsibility to continue the momentum built from Fall as we started anew. Amazingly enough, we still had great success in the Spring of 2016 and were able to do really fun and cool things. We even brought in Emmy award winning and Academy nominated Josh Fox to show his new film “How to Let Go of the World and Love All the Things Climate Can’t Change (this film is fabulous, everyone should watched it, I cried.)

Throughout the semester, I had weekly check-ins with Climate Reality’s Campus Corps coordinator. This in itself was slightly mind blowing, because I went from being an ordinary student, not really involved in anything exciting with okay grades to the Co-founder and President of my own student organization who regularly spoke to Climate Reality’s Corporate office in Washington, DC all within two semesters.

In addition to to all of this, I also offered a full-time position on the Climate Reality Campus Corps team as an intern. I was brought on to help develop a manual, based off my own organization, for other campuses across the United States to use…but I’ll go more into that later.

So here I am, in the Nation’s Capitol for the entire summer. I am ecstatic to be here, and hope to explore every nook and cranny, and not to mention, restaurant. DC is full of opportunity and I don’t want to waste a single minute. So again, I say thank you to the College of Natural Resources Enrichment Fund for being an integral part of this opportunity. I hope to make the most out of it.

So now that we got all the nitty gritty out of the way, I can explain myself a little better. I finally can come back to Mr. Rogers.

While in DC, I am staying with the illustrious, beautiful and intelligent Jane West. She is the one who encouraged me to take an internship in DC in the first place. Who is she? In short she is a family member, but in reality she is so much more than that. She has always been an inspirational figure in my life as she has clearly taken DC head-on in the male dominated policy world. To give you an idea of what she’s like she has pictures of her with various Presidents…hanging in the basement. Her husband, Stan Mayer DDS, is a member of MENSA. They keep his certificate in the bathroom. Despite all of this, she is so kind, humble, loving and I am so gracious to be staying with the two of them this summer.

As a child, when ever she would be visiting, I remember her singing or humming the lyrics to Mr. Roger’s opening song. It’s something she has done unwavering throughout my life. My first morning in DC, she hummed it again, even though it was a dreary and rainy day. Every time I hear it though, it reminds me to take a moment to appreciate where I am in the moment.  I am grateful to have such a positive mentor in my life.

Considering this post was unapologetically long, I guess I’ll stop here. But I already have so much I want to talk about. In my next post, I’ll discuss why it is so important and urgent to act on climate change and why it is so near and dear to my heart.